post-title Ontario to toughen penalties for driving under the influence of marijuana January 9, 2018 yes no Posted by admin
Categories:
Driving, Trafic Tickets

Ontario to toughen penalties for driving under the influence of marijuana 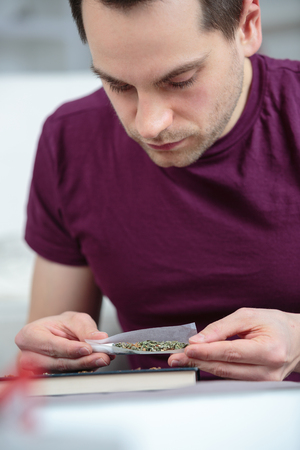 Ontario will have a zero tolerance policy toward young drivers and truckers who use marijuana.
Premier Kathleen Wynne has said that commercial truckers, drivers 21 and under, and novice motorists will face stiff penalties if caught behind the wheel after using cannabis.
For a first occurrence young drivers and G1, G2, M1, and M2 licence holders will face a three-day suspension and a $250 fine.
A second occurrence will result in a week-long suspension and a $350 fine with all subsequent offences penalized with a 30-day suspension and a $450 fine.
Similarly, commercial drivers will face three-day suspensions any time they are caught and fined up to $450.
All other drivers found to be within the blood-alcohol concentrate range of up to .08 will face suspensions of between three and 30 days and fines of up to $450.
Those with blood-alcohol concentrate levels above .08 face 90-day suspension and $550 fines.
“There is no excuse for impaired driving — whether it is due to drugs or alcohol,” said Wynne.
MADD Canada’s Andrew Murie said marijuana is by far the most-seen drug in fatal accidents.
Murie said he was hopeful upcoming oral-fluid road tests will help reduce cannabis use by drivers.
Read more: LCBO to run 150 marijuana stores
Ontario is prepping reefer awareness campaign on the dangers of marijuana as legalization date approaches

Poll says Ontarians are high on government control of marijuana retailing
Transportation Minister Steven Del Duca said it’s necessary to “introduce harsher consequences for those who choose to drive while impaired” — by drugs or alcohol.
“All of these measures are in addition to federal criminal charges for impaired driving, which ultimately could result in a loss of licence, additional fines, or jail time,” said Del Duca.
“Let me be clear: driving while impaired is not acceptable and will not be tolerated,” he said.
MADD Canada’s Andrew Murie noted that “by far cannabis is the leading drug when it comes to road fatalities when drugs are present.”
“So there are lot of things we need to do,” said Murie, adding he was hopeful upcoming oral-fluid road tests would help discourage marijuana use by drivers.
The tests, which examine THC levels in saliva, still must be approved by the federal government and it’s unclear how effective they will be in cold weather. Most U.S. jurisdictions use blood tests.
Progressive Conservative MPP Michael Harris (Kitchener-Conestoga) said the government will “need to provide police with the needed resources to keep our streets safe.”
Harris noted the Ontario Provincial Police has estimated it will need up to 500 specially trained officers to enforce the law. Currently, only 83 are trained to recognize drug-impaired driving.
“The Ontario PCs will continue to listen and consult with law enforcement, public health, and community groups on this issue. We can’t afford to not get this one right,” he said.
Ontario Trucking Association president Stephen Laskowski said the government’s moves “are a very positive first step.”
“Historically when you compare commercial drivers to the general population it’s always much lower in commercial drivers,” said Laskowski.
“So what this does today is make sure the historical level of excellence we have in this area, we have it moving forward post-July 1, 2018,” he said.
“We saw that in eight U.S. states where cannabis is legal those states have matched the legal age for using cannabis with the legal age for drinking alcohol — and so with that consultation under our belt we decided to move forward with that same model setting the age at 19,” she said.
Similarly, the penalties for marijuana-impaired motoring will be modeled on drunk-driving laws.
The province is using the impending legalization as an opportunity to also beef up drinking-and-driving penalties — with an eye on young motorists.